Deprecated: strripos(): Non-string needles will be interpreted as strings in the future. Use an explicit chr() call to preserve the current behavior in /home/trq30ct16mcx/domains/scilawyers.com/html/assets/inc/functions.php on line 239
 Steven Heimberg, M.D. | SCI Lawyers
(800) 425-5557 Menu

Steven Heimberg has over 30 years’ experience in practicing law, primarily in catastrophic personal injury and medical malpractice cases. What makes him unique is not only his law expertise, but also the fact that he is a physician. As such, he understands the extraordinary needs of his disabled clients; is better able to understand and analyze your medical records and the facts of your case; is better able to obtain and prepare the best experts for your case; and is much better equipped to oppose the opposition's strategy and medical experts. This combination of knowledge and practice creates the ideal lawyer to represent you in a personal injury or medical malpractice case. It is little wonder he is rated among the very best spinal injury lawyers, not only in Los Angeles but in the entire nation.

Graduating with honors during much of his medical curriculum, Dr. Heimberg then received post-graduate medical training at the prestigious Vanderbilt University Medical Center.

After attending the University of California at Los Angeles School of Law, where he was a member of UCLA’s Law Review, Dr. Heimberg was admitted to the Washington, DC Bar in 1984 and the State Bar of California in 1987.

Before starting his own practice in Los Angeles, he gained many years of experience in Washington, D.C. as a health-law attorney. In addition, he served as a special assistant to the Assistant Secretary of the United States Department of Health and Human Services. 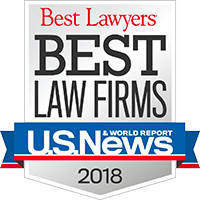 Dr. Heimberg is renowned in the legal community, being bestowed such tributes and honors as:

As a note of importance, Dr. Heimberg is the only medical doctor to have ever been awarded Consumer Attorneys' Los Angeles Trial Lawyer of the Year.

Through his many years and countless cases, Dr. Heimberg has made it his passion and duty to get the best outcome possible. In working towards this end, he has broken multiple personal injury records, making him among the best spinal injury lawyer Los Angeles has available.

These honors and records mean one thing: he is here for you to get the most you can from your case and will work tirelessly to achieve the best outcome possible.

Please call our office to schedule a consultation to see how we can help you. Get the best spinal cord injury lawyer Los Angeles has on your side.